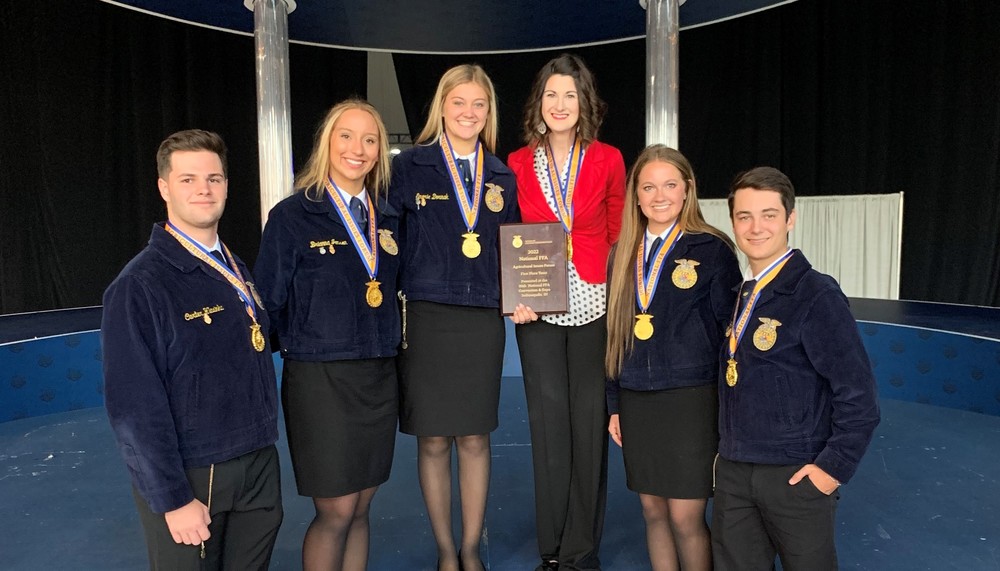 The Agricultural Issues Forum team of Sydney Blair, Emorie Dornak, Brianna Jensen, Kolin Cerny, and Carter Hlavinka began their Ag Issues journey in November of 2021, under the direction of FFA Sponsor Casey Wilson. They competed at District making their way to the Area and advancing to State. At State, they competed in Semi-Finals making it to Finals where the team was named Texas Champions. Along the way, they presented to several organizations, one of which included a trip to the State Capitol where they showed off their skills to Ag Commissioner Sid Miller.

This week, the team flew to the FFA National Convention in Indianapolis, IN. They started off competing against 33 other teams from across the US on Wednesday. After making it to the Sweet 16, they competed on Thursday to then find out they were in the Final Four competition to be held later that evening.

As Ms. Wilson, the team, their families, and Ricebird Nation had hoped, they were announced "National Champions" on stage Friday morning. Way to go Ricebirds! 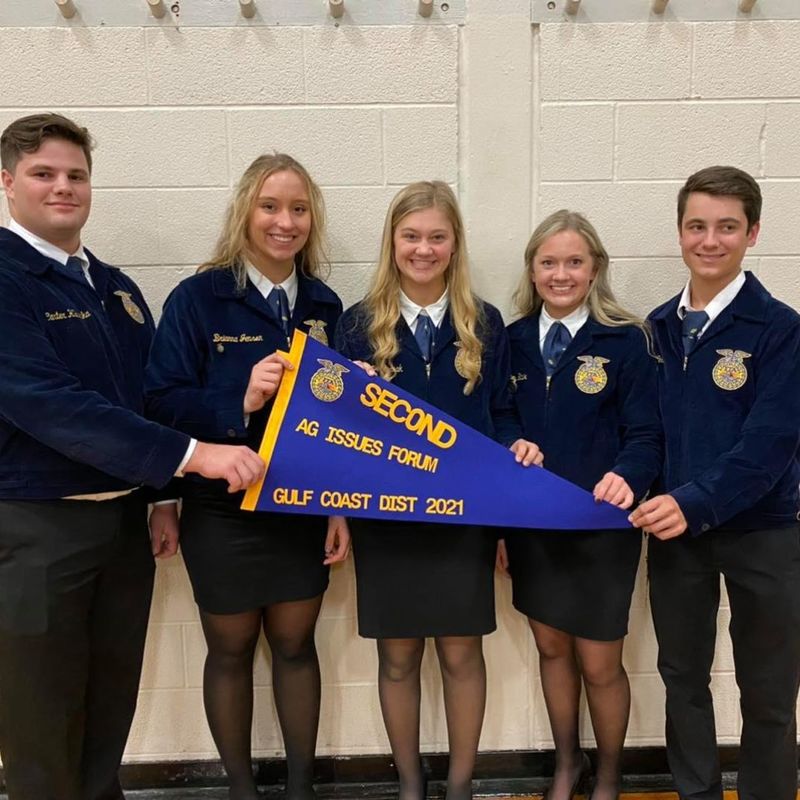 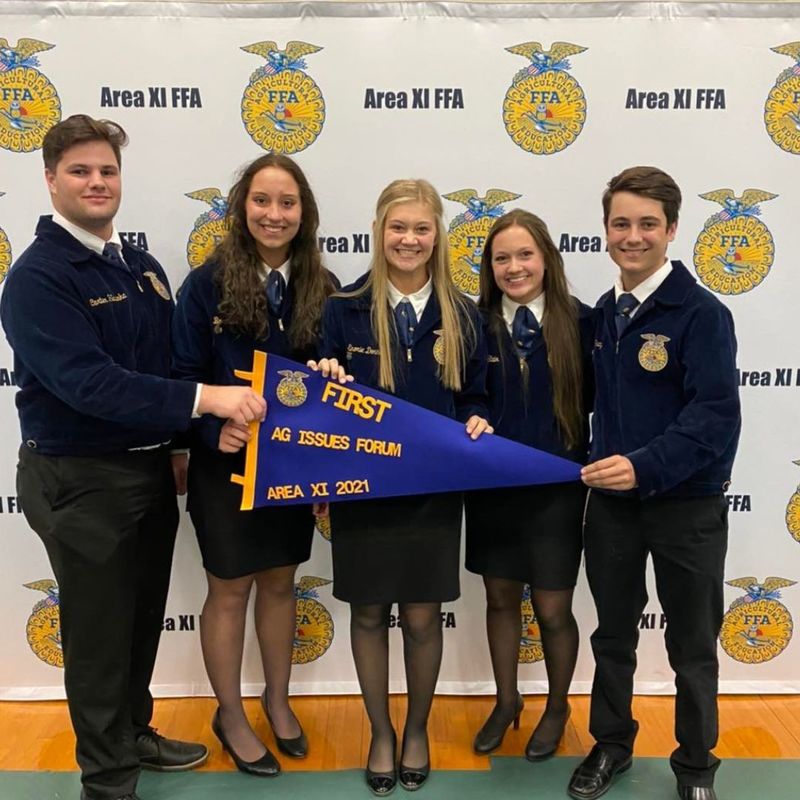